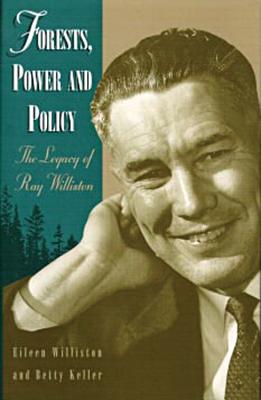 The Legacy of Ray Williston

As education minister, Ray Williston introduced the idea of university education for teachers, among other then-radical innovations. As minister of lands and forests, he had his greatest impact. From the mega-power projects to improved forestry practices, all major industrial developments in interior and northern BC during the 1950s and 1960s had Williston's stamp on them.

He oversaw the building of the Bennett Dam on the Peace River and subsequent flooding of the valley behind it -now called Williston Lake - and the flooding of the Arrow Lake and displacement of many people in the Kootenays, but he was a man of his times and was determined to pull rural British Columbia into the modern era.

Eileen Williston, the late wife of Ray Williston, was the main author and power behind Forest, Power, and Policy, the biography of her husband, who himself was responsible for changing the lives of the people in BC during his tenure as the Minister of Education, Lands and Forests. He oversaw the building of the Peace River Dam as well as negotiating the Columbia River Treaty. Betty Keller was born in Vancouver, BC, and moved to the Sunshine Coast in 1980. She is a teacher, mentor, editor and a writer, and has authored or co-authored eighteen books, including biographies, histories, plays and novels. She is a founder of the Sunshine Coast's Festival of the Written Arts and the Writers in Residence Program. Betty has won numerous awards for her literary work. She is an avid potter, gardener and fisherperson. Her most recent publication is a reprint of her 2001 novel, Better the Devil You Know (Caitlin). Caitlin Press also published, in 2010, her book, A Thoroughly Wicked Woman: Murder, Perjury & Trial by Newspaper.
Loading...
or
Not Currently Available for Direct Purchase