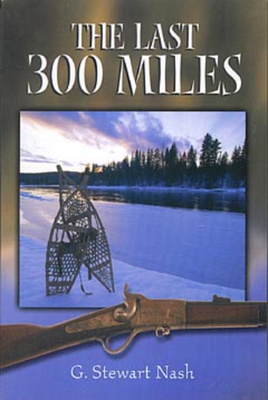 Most of this novel is based on historical fact, including the actual names of rivers, mountains and towns — a few of which were christened by those who actually constructed the telegraph line.

By early 1866, the overland telegraph line had been built to Fort Fraser, east of Prince George. Exploration had been conducted to a point a few miles north of Kispiox Village, near Hazelton, one of the Gitxsan villages currently under land claim negotiations.

Explorers had been sent northward out of Fort Fraser and along the Nass River watershed in the early winter to search out the last unexplored stretch to Telegraph Creek. The remainder of a proposed route had virtually been explored through Alaska and Russia. These last three hundred miles were crucial to the Western Union Extension Company, based out of San Francisco, to close the final gap in becoming the first communications of its kind to link the two continents.

Stephen Doyle, land surveyor, is hired by the Western Union Extension Company to find and map out a possible route for the completion of the telegraph line through these last three hundred miles of unexplored dense wilderness. Having lived his life in mostly urban centres, he has no idea of what to expect out in the vast wilds of British Columbia.

From assassins to Bukwas, this novel is packed full of action, adventure, history and legend.

"I found this book fascinating. The story is outstanding and the setting is wonderful, sort of like Jack London." — William Hoffman, author of Desperate Measures, Loud and Clear, and Tough Guy

Stewart Nash was born September 23, 1942, schooled in Preston, Idaho, then Twin Bridges, Montana, and started surveying at age 17. He became a licenced surveyor at the age of 30. After trying his hand at sales, services for realtors and microcomputers, he kept coming back to what he knew best - surveying. He is still in the profession today. He now resides with his wife, Sandy, in South Hazelton, BC, where he enjoys fishing, hunting, archery, gold-panning and travelling.
Loading...
or
Not Currently Available for Direct Purchase