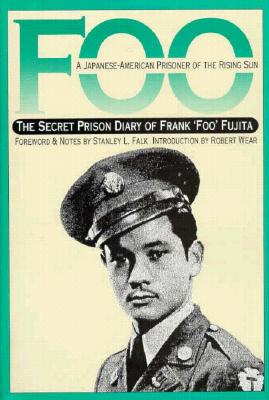 These memoirs are unique because of the six thousand Japanese-Americans who saw military service in the war against Japan, only two were captured by the Japanese and one of them was Frank Fujita--the only combat soldier taken prisoner by the Japanese. For him, capture involved the implicit threat of torture and execution as a traitor to Japan. Fujita was also a prolific diarist who regularly, and secretly, kept a written record of his experiences. The diary was hidden in the walls of his barracks at the POW camp and later recovered by the army and used in several of the war crimes trials in San Francisco. Fujita also made drawings, which are included in the book, along with photographs--some from the Japanese prison camp. Fujita was a member of the 2d Battalion, 131st Field Artillery, Texas National Guard. The 2d Battalion was sent to Java, Netherland East Indies, where it was captured intact by the Japanese when the Allied command surrendered there in March, 1942. Fewer than nine hundred Americans were taken prisoner on Java. The bulk of American POWs in Japanese hands surrendered in the Philippines, and most of the published POW memoirs reflect their experience. Fujita's account of the defense of Java and of the fate of the "Lost Battalion" of Texas artillerymen serves to distinguish his memoir from all the others.

The late FRANK FUJITA was called back to active duty as a reservist during the Korean War. He then resumed civilian life and eventually carved out a career as an illustrator for the Air Force. He appeared on television on C-Span, was filmed at the Admiral Nimitz Museum, and was one of two prisoners of war interviewed by Ted Koppel on Nightline as part of the debate concerning the dropping of the atomic bomb. He was also interviewed as a former POW on the History Channel.
Loading...
or
Not Currently Available for Direct Purchase