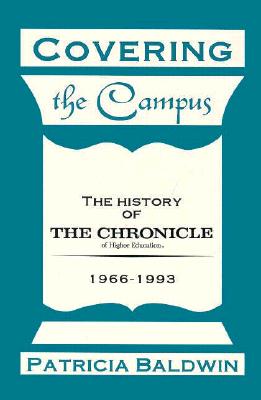 The History of The Chronicle of Higher Education

As the newspaper gained its editorial footing, Vietnam War protests were gaining momentum nationwide, placing one of journalism’s most dramatic contemporary reporting challenges on college and university campuses. Over its two-and-a-half decades-plus, The Chronicle has been at Kent State, Tiananmen Square, and presidential inaugurations.

The newspaper has discussed many issues in the higher education community, including leadership, campus race relations, gender-equity, multiculturalism, and AIDS. It has led journalism’s investigations into such serious subjects as college athletics scandals, as well as infusing lighter and artistic touches into its pages with such features as “Marginalia” and “End Paper.” The “Bulletin Board” classified section has become recognized as the international job marketplace for higher education.

Covering the Campus records the establishment of The Chronicle; the development of its newsgathering, advertising, and marketing operations; contributions of key personnel; editorial philosophy; overview of the coverage of the major issues in higher education; the publication’s potential future roles in communications.

Patricia Baldwin, former Editor-in-chief of Golf for Women Magazine and business writer/columnist for The Dallas Morning News, holds B.J. and M.A. degrees from the University of Texas at Austin, and a Ph.D. in Higher Education and Journalism from the University of North Texas.
Loading...
or
Not Currently Available for Direct Purchase