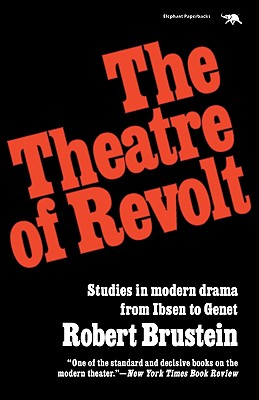 The Theatre of Revolt

An Approach to Modern Drama

In a new edition of this now-classic work, Robert Brustein argues that the roots of the modern theatre may be found in the soil of rebellion cultivated by eight outstanding playwrights: Ibsen, Strindberg, Chekhov, Shaw, Brecht, Pirandello, O'Neill, and Genet. Focusing on each of them in turn, Mr. Brustein considers the nature of their revolt, the methods employed in their plays, their influences on the modern drama, and the playwrights themselves. "One of the standard and decisive books on the modern theater.... It shows us the men behind the works, ... what they wanted to write about and the private hell within each of them which led to the enduring works we continue to treasure."-New York Times Book Review. "The best single collection of essays I know of on modern drama... remarkably fine and sensitive pieces of criticism. "-Alvin, Kernan, Yale Review.

Robert Brustein, theatre critic for the New Republic and is the author of Cultural Calisthenics, Dumbocracy in America, The Siege of the Arts, and Reimagining American Theatre. He is also founder and artistic director of the American Repertory Theatre at Harvard University.
Loading...
or support indie stores by buying on