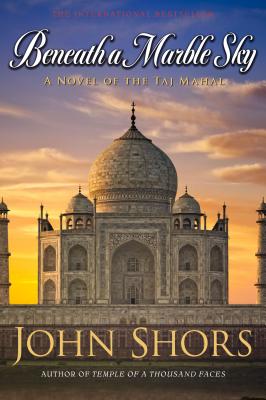 Beneath a Marble Sky

“Beneath a Marble Sky is set in 17th-century India and tells the story of the building of the Taj Mahal. This book has all the wonderful elements necessary to keep you turning the pages.”
— Suzanne Droppert, Liberty Bay Books, Poulsbo, WA
View the List

In 1632, the Emperor of Hindustan, Shah Jahan, consumed by grief over the death of his empress, Mumtaz Mahal, ordered the building of a grand mausoleum to symbolize the greatness of their love.

Against scenes of unimaginable wealth and power, murderous sibling rivalries, and cruel despotism, Princess Jahanara tells the extraordinary story of how the Taj Mahal came to be, describing her own life as an agent in its creation and as a witness to the fateful events surrounding its completion.

To escape a brutal arranged marriage, Jahanara must become the court liaison to Isa, architect of the Taj Mahal. She is soon caught between her duty to her mother's memory, the rigid strictures imposed upon women, and a new, though forbidden, love. With exceptional courage, Jahanara dares to challenge the bigotry and blindness at court in an effort to spare the empire from civil war, and to save her father from his bellicose son, Aurangzeb, a man whose hatred would extinguish the Islamic enlightenme.