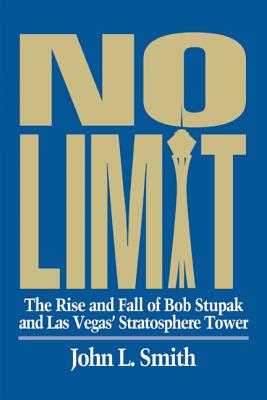 Of all the modern Las Vegas casino operators, none had more flair than Bob Stupak. The self-proclaimed "Polish Maverick" rose from humble origins as the son of a Pittsburgh boss gambler to head one of the largest privately owned casinos in Las Vegas, the infamous Vegas World. Stupak parlayed a small slot joint into a $100 million-a-year gambling operation by manipulating the local and national media with outrageous stunts and promotions. His headline-grabbing handiwork is now the stuff of Las Vegas legend. Remember Vegas World's VIP Vacation? Stupak's cleverly worded advertisements flooded millions of mailboxes around the country and appeared in dozens of prominent national periodicals, including Playboy, Parade, and USA Today, attracting hordes of tourists to his out-of-the-way casino. Though the VIP Vacation became the most successful promotional campaign in the history of Las Vegas, it was also the most controversial. It prompted sanctions and fines from casino-industry regulators, but not before generating enough seed money to fund early construction of the $550 million Stratosphere Tower, Hotel & Casino. Of all of Stupak's big ideas, the Stratosphere Tower was the biggest. It was to be the tower to end all towers, the greatest mousetrap in a city of great mousetraps. But the tallest observation tower in the country was erected on a wobbly financial foundation of oppressive interest rates and sky-high debt, which ultimately turned the no-lose proposition into one of Las Vegas' most high-profile flops.

The most widely read columnist in Nevada, John L. Smith has been honored by the National Headliner Awards, the National Society of Newspaper Columnists, and the Nevada Press Association. In 2001, John was named a finalist for the prestigious Batten Medal. He appears regularly on national television shows and was a featured source for the award-winning British documentary Mob Law: The True Story of Oscar Goodman.
Loading...
or
Not Currently Available for Direct Purchase