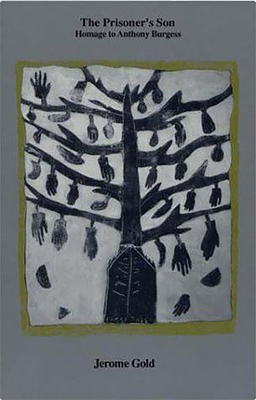 In the indefinite future, an impoverished United States has sold its Southwestern and Pacific Coast states to Mexico. Seattle is giverned by administrators and police sent from Mexico on hardship tours. Human life has been brutalized. At night, gangs control the streets. Idealistic revolutionaries are no less brutal than the gangs. The Prisoner's son portrays a bottoming-out of society, an America that is pathological at every level. The protagonist, Sam Brave (readers of The Inquisitor will recognize Sam as Bill Brave's son), is kidnapped by a gang of revolutionaries in retaliation for something bad that Sam did to them. If the revolutionaries are psychopathic, Sam is not the nicest guy in the world either. His imprisonment--based on the Patricia Hearst case--results in his taking on the coloration of his captors--to an extent. The plot of this novel, dealing with an attempted assassination, is based on an act of terror committed by the People's Will party of nineteenth-century Russia. Thus, while The Prisoner's Son is (social) science fiction, it is based on historical events.

Jerome Gold is the author of thirteen books, including the fiction collection, The Moral Life of Soldiers, and Paranoia & Heartbreak, a memoir of the years he spent as a rehabilitation counselor in a prison for children. He lives in Seattle, Washington.

Praise For The Prisoner's Son: Homage to Anthony Burgess…

“. . . A taut, muscled novel which exposes, painfully and by degrees, the process of moral corruption–in bureaucratic organizations and in individuals whose lives are controlled by them . . . . This novel reveals many faces of alienation in contemporary America.” — Dr. Sue Ann Johnston, Western Washington University and Simon Fraser University (Adjunct)

“It is as if Kafka and Orwell have conspired to present us with a cautionary tale of an American future . . . with deceit behind every desk and death lurking near every file cabinet. At long last the great novel of bureaucracy has been written.” — David Willson, author of REMF Diary and The REMF Returns.

“A horror novel in which the monsters are not just human beings but social forces, where blood is spilled . . . in freeze frame agonies of compassion.” — J.G. Eccarus, The Stake

“Gold . . . has a grip on many of the predicaments, characters, and tendencies which contemporary fiction is concerned with.” — The Small Press Book Review