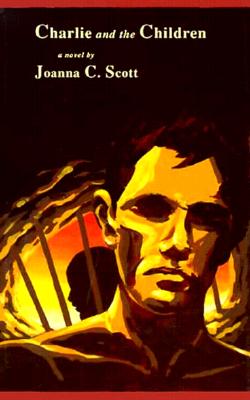 Charlie and the Children (Hardcover)

Charlie and the Children is a novel about an American soldier who goes to war, fathers a son, and abandons him. He is taken captive by the Viet Cong and held in a cave in a tunnel underground. Sick, starving, and alone, he grdually loses his grip on reality and becomes convinced that one of his captors is his lost son. In clear, lyrical prose, Joanna C Scott has written a book that is at the same time mythic and believable. Although a number of fine Vietnam war novels have been published, Charlie and the Children is unique in its concern and its surpassing quality.

Joanna Catherine Scott (1943--) was born in England during an air raid over London, raised in Australia by a rabidly religious mother and a phlegmatic engineer father, married way too young, divorced, fell in love again and came with her American husband to live in the US where, aside from a couple of years in the Philippines, she has lived below the Mason Dixon line ever since. Her five novels and oral history collection have all been based on true life stories, giving voice to the voiceless. Her poetry tells stories too. She has six children, three Australian and three adopted Korean, as well as a young man whom she met while he was on death row whom she regards as her seventh child. A Woodrow Wilson Visiting Fellow, she is a graduate of Adelaide and Duke Universities and lives in Chapel Hill, North Carolina.


Praise For Charlie and the Children…

“Charlie and the Children” is (in novel form) a testimonial to the horrors of war anywhere — and in Vietnam particularly. An American soldier fathers a son, abandons him, disorientedly sees him in the face of a Viet Cong captor. The soldier talk and the military faceoffs are only too real." — Baltimore Sun Review, July 6, 1997

"Individual responsibility is the central theme of this…allegorical tale of a young American who recalls the events leading to his capture and imprisonment during the Vietnamese war. Scott’s parable of modern negligence presents the brutality of war in a narrative voice that is almost childlike in its deliberate simplicity. A down-home boy from Texas, Charlie gets his draft notice on the day of his law school graduation and weds beautiful, sophisticated Pauline just before leaving for Vietnam. After several months of service, he rescues a Vietnamese woman named Minh during a bomb explosion, soon begins to question his superficial relationship with Pauline and is maneuvered into marrying Minh. Disassociated from the Vietnamese culture, however, Charlie becomes estranged from Minh after the birth of their son. His subsequent capture by two young boys is the beginning of a process of enlightenment, especially as he begins to feel a bond with one of them and understands for the first time his irresponsibility in fathering a son…FYI: Scott’s previous work of nonfiction, ‘Indochina’s Refugees: Oral Histories from Laos, Cambodia and Vietnam,’ brought her into contact with an Amerasian boy whose father abandoned him in Vietnam. This novel is a fictionalized sketch of what might have occurred." — Publisher’s Weekly, 2/10/97

"A Vietnam novel that was inspired by Scott’s nonfiction compilation, Indochina’s Refugees: Oral Histories from Laos, Cambodia, and Vietnam (1989, not reviewed). While living in the Philippines, Scott interviewed an Amerasian boy, and was so moved by his story that she imagined the life of the father who had abandoned him in Vietnam. Charlie Lucas is a grunt who is marking off his days near Cam Ranh Bay, trying to avoid booby-traps, fighting the Viet Cong when he must (Scott has the speech and attitudes, and the dynamics among Charlie’s fellow soldiers, down precisely). Charlie dreams of the upper-class Georgetown woman, Pauline, he met shortly before being drafted, who married him out of pity but remains loyal, writing regularly of her accomplishments in school. Then he meets a Vietnamese woman, Minh, and fathers a son. Mentally walling out his marriage to Pauline, Charlie marries Minh, and then all hell breaks loose: Booby-traps decimate Charlie’s platoon, and Charlie is captured by the VC. They’re only children themselves, but they hold their prisoner captive deep underground, in a small dark cage. Fed only rice balls and boiled rats, Charliel begins to weaken physically. In isolation, he looks back over his life clearly at first, but then begins to sink into fantasies. In a poetic but brilliantly clear style, Scott moves seamlessly between Charlie’s physical pain and his visions, until finally, as he nears death, Charlie seems to fly above the earth and visualize the fall of South Vietnam and the terrible plight of the boat people. At last one of his captors, a child to whom Charlie attempts to teach English and whom he confuses with his true son, takes pity on Charlie and delivers him to American soldiers. A beautiful story, indebted both to Larry Brown’s Dirty Work and Tim O’Brien’s Going After Cacciato, but with a gentleness and compassion all its own." — Kirkus Reviews, 02/01/97, Copyright ©1997, Kirkus Associates, LP. All rights reserved.
or
Not Currently Available for Direct Purchase
Copyright © 2020 American Booksellers Association