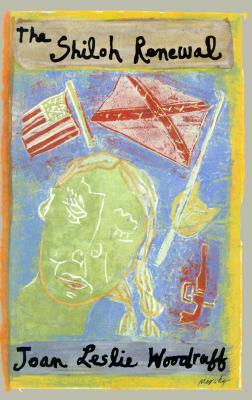 Two teenage girls, sisters a year apart, are in a terrible auto accident near where they live, a few miles from the Civil War battlefield at Shiloh. The older is killed outright. The younger is badly brain-damaged. In a coma, she meets people who are dressed oddly, who speak English but not quite the English she speaks. Eventually she comes out of the coma, but continues to see and talk with these people whom the reader soon identifies as doctors, nurses, and soldiers- Northern and Southern- who are on their way to Shiloh to fight a great Civil War battle. The girl is befriending people of the last century who are soon to die. As fascinating as these occurrences are, they are associated with the girl's refusal to accept the death of her sister. Indeed, her doctors expect the girl herself to die of her own injuries. But she fools everybody, and by witnessing the deaths of her Civil War-era friends she is able to come to terms with the loss of her sister.

Have a graduate degree in occupational therapy (specialized in upper extremity rehabilitation and mental health), with post graduate degrees in counseling/education. Am retired from those fields. Have spent much of my retirement writing, with considerable nonfiction and fiction published in newspapers, journals, magazines, anthologies, and books. Three of my novels are entwined with ongoing appearances from the same characters. If you are interested in following them in sequence, the first is NEIGHBORS, second GHOST IN THE RAINBOW, third POLAR BEARS IN THE KITCHEN. The second in this series of mysteries has been adapted for a movie by Charles Cohen (American Entertainment Investors). Although each novel stands alone, you'll discover some of the characters haunt you in a good way. If you want to meet up with them again, read all three books. Don't forget to look for the movie, which is scheduled to begin filming in 2018.


Praise For The Shiloh Renewal…

"A brain-damaged teenager struggles to reconstruct herself and her shattered world in an electrifying first-person narrative. After an auto accident, Sandy awakens next to the gurney on which her sister Penny’s body rests. The nurses express surprise that she’s alive; the doctor holds out no hope either, and Sandy, after a brief stay in Intensive Care, is sent home to die. Against all odds, she hangs on; in the hallucinatory company of Penny, plus a series of Civil War soldiers converging on nearby Shiloh, Sandy slowly learns to walk and talk again, to find accommodations with her uncooperative, badly injured body, to reach through the constant pain and noise in her head. She describes her progress with unimpaired intelligence; in a measured, almost detached tone that will grip readers from the outset Sandy recounts victories and defeats in her battle against the “terrorists” and “mischievous voices, disobedient beasts and broken machines” in her brain. She notes external signs of her internal healing: Random jumbles of letters become understandable words again; she takes ever longer rambles about the farm; she refuses to take the strong tranquilizers the doctor has prescribed; and she accepts that Penny is gone. Woodruff fits Sandy with a distinct, individual voice, a past life of which, heartrendingly, she recalls only traces, and a strong supporting cast led by her sad, loving mother. A powerful, extraordinary story." — Kirkus Reviews , May 26, 1998