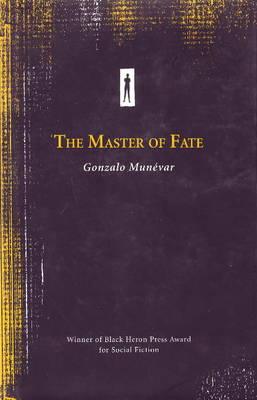 The Master of Fate (Hardcover)

The Master Of Fate is a coming of age novel of a different sort. It is not about the building of chacter but about its erosion. It is not about the traumatic experiences that the protagonist must learn from as a part of growing up, but about the accumulation of small events and pressures that result in the unraveling of a life. Oscar grows up in Bogata, Columbia, a youth of intellect and ambition from a middle-class family. But social corruption, most notably the anti-Semitism that even the best people accept as a fact of life, and political and economic corruption, shown in part by the portrayal of the machinations in the system of higher education, through their affects on Oscar and his family act to thwart his ambition and turn his intellect in upon itself. Both existential and realistic, The Master of Fate is reminiscent of Sarte's early post-war stories.

Gonzalo Munevar has a Ph.D. in the philosophy of science. He has written several books in this field and has lectured throughout the world. The Master of Fate is his first novel.


Praise For The Master of Fate…

"Oscar Moreira, the narrator of this unsparing coming of age novel, is a privileged Colombian adolescent boarding at a wealthy Catholic school in Bogot . Class divisions are strong and evident in Latin America, and powerfully shape Oscar’s late 1950s world. His beautiful mother and successful father live in the rich Bocagrande neighborhood of Cartegena, just a short distance away from miserable slums that everyone ignores. Oscar’s worries are not about food and clothing, but about God and sexuality. Father Jorge, at school, counsels him on both issues, although he winds up piquing, rather than subduing, Oscar’s curiosity about onanistic functions. The secure framework of the teenager’s life starts to warp when his parents move back to Bogot . Signs of downward mobility begin to avalanche when his father’s business investments fail, and Oscar and his brother, Homero, soon become targets of their father’s frustration. Tuition is paid late, the maid goes without her wages and the quality of family meals becomes, to Oscar’s taste, shabby. The choleric Mr. Moreira seems to delight in picking on Oscar, while Oscar’s mother strains to keep the peace. When his expectations of attending an elite Colombian university are dashed, Oscar instead enrolls in La Nacional, whose student body is largely working class, mostly Indian students. He angers his parents by signing up for physics, which forfeits his scholarship. All along, Oscar is anxiously exploring his sexuality while coping with his domestic and academic problems. He becomes alienated from his schoolmates, and his interest in his studies flags; after his father dies, Oscar must come to terms with his failures while attempting to reimagine his future. Colombian academic Munevar’s (Radical Knowledge) debut novel is lively with the often stunningly blunt dialogue of teenagers exchanging boasts and sexual secrets, while Oscar’s inner life registers as an uncompromising study of the psychological origins of resentment." — Publisher’s Weekly, January 2000