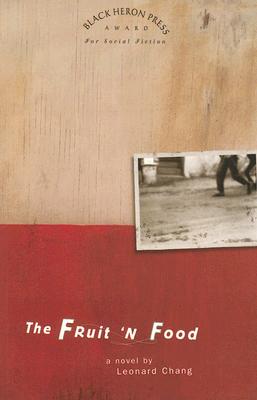 When Thomas Pak is hired as a clerk at a Korean grocery, he isn't prepared for the searing racial tensions that threaten to destroy the neighborhood in which he lives and works. His tenuous relationship with the store owners and their young daughter is jeopardized by his own conflicting affiliations of race and class, and these turbulent forces soon converge violently around in the form of a race riot. Thomas Keneally (Schindler's List) wrote of this book: Leonard Chang's vigorous tale is a drama of society's perpetual struggle for renewal and reconciliation. It is an elegant story of the zone of conflict between African and Asian Americans and, in the central character, the poignancy and contradictions of tribalism and fraternity are vividly proved. Library Journal: Chang's gift for unsentimental storytelling is indisputable. The Pacific Reader: The Fruit 'N Food is a thoroughly enjoyable, wonderfully written, socially relevant piece of contemporary fiction. Chang writes with simple elegance that immediately draws the reader in.

Praise For The Fruit 'N Food…

“In The Fruit ‘N Food, Leonard Chang has constructed a narrative voice to match the unblinking surveillance cameras hovering above the cluttered checkout counters of convenience stores. The airy angle reveals unerringly the minute and utterly banal gestures that accompany desperation and rage. Chang is patient and precise. His knack for dismantling sentiment and rendering the real is stunning.” — Michael Martone, author of Alive and Dead in Indiana

“Leonard Chang’s vigorous tale is a drama of society’s perpetual struggle for renewal and reconciliation. It is a calmly told yet elegant story of the zone of conflict between African and Asian Americans, and in the central character, the poignancy and contradictions of tribalism and fraternity are vividly proved. In The Fruit ‘N Food we see a writer emerge who is sure to attract a readership who will follow his future work and await its publication with anticipation.” — Thomas Keneally, author of Schindler’s List

“Leonard Chang’s first novel is a remarkably poised and strong performance, a sharp-edged account of a Korean youth spinning off the ‘model minority’ track into an urban nightmare. Chang writes with searching clarity of a new generation of Americans confronting hard times and ethnic warfare in the streets.” — Judith Grossman, author of Her Own Terms

“Leonard Chang’s debut novel is powerful, true to life, originally conceived and beautifully written. Chang, a new voice for our time, restores my faith in the power of the novel to illuminate a way of life. He deals in a startling and disturbing way with the constantly recurring American themes of race, ethnic strife, class conflict, and the dream for a better life. Chang also sheds light on American youth, proving to be a new talent, beginning what I predict will be a long and meaningful career as a writer of serious fiction.” — Ernest Hebert, author of Dogs of March “The Fruit ‘N Food is a book of densely-compressed inter-racial and inter-generational conflicts that implode with frightening truth…Chang’s writing is strong and his talent lies in creating scenes with bristling, raw energy, and gritty dialogue that stays true to black and Korean speech, and nervous breakdowns painted with hallucinatory colors…Chang records and displays with sharp accuracy the sordid race relations of America…A moving and stylish interpretation…” — KoreAm Journal

“…Chang’s unabashed representation of the tensions between African Americans and Asian Americans is trenchant and unsettling…His fictional characters and their sensibilities are more honest and sincere than their real-life prototypes dare to be.” — Kimchinet

“This is a gripping novel with much to say about urban relations, and it deserves to be read by a wide audience.” — MultiCultural Review

“The Fruit ‘N Food is a thoroughly enjoyable, wonderfully written, socially relevant piece of contemporary fiction. Chang writes with a simple elegance that immediately draws the reader into his work…” — Pacific Reader

“Chang writes of the pressures of a crushing, frustrating melting pot with a distinctive voice and a clear eye . . . .” — OC Weekly

Leonard Chang was born in New York City and raised on Long Island. He attended Dartmouth College and received his BA in philosophy from Harvard University, and his MFA in Creative Writing from the University of California, Irvine.
or support indie stores by buying on