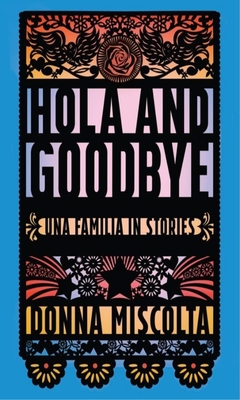 In 1920s Southern California, Lupita Comacho leaves Mexico and settles not far from the borderand so begins the journey of an American family told by a chain of tales stretching across three generations.

Donna Miscolta is a Mexican/Filipina author who grew up in National City, CA, and now lives in Seattle. She is the author of the novel When the de la Cruz Family Danced (2011). Her story "Ana's Dance" won the 2013 Lascaux Prize for Short Fiction. Recent work has appeared in Bluestem, Hawaii Pacific Review, Waxwing, and Spartan. Her story "Strong Girls" will appear in Calyx's 40th-anniversary issue, due out in March 2016. A 2014 recipient of an Artist Trust Fellowship, she has also received awards from 4Culture, the Bread Loaf/Rona Jaffe Foundation, and the City of Seattle.
Loading...
or support indie stores by buying on