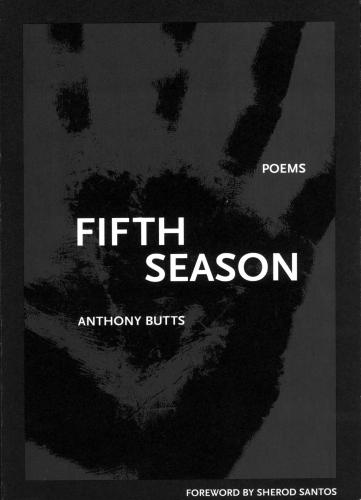 This book represents a mental construct of salvation. It portrays the individual way in which a person saves the psyche. Fifth Season is an amalgamation of losses transformed into a state of serenity for the individual. The fifth season is that imaginary place where time becomes less relevant, where the poet attempts to make sense of the tangible world around him. The fifth season represents a unique path, one which may not be traveled twice. It is the imaginary construct of a season of hope.

ANTHONY BUTTS is author of Fifth Season, Evolution, and Little Low Heaven, which was awarded the 2004 William Carlos Williams Award from the Poetry Society of America. His work appears on Our Souls Have Grown Deep Like the Rivers: Black Poets Read Their Work; in Giant Steps: The New Generation of African American Writers; and in American Poetry: The Next Generation. A Detroit native, he is a graduate of Wayne State University and the University of Missouri-Columbia.
Loading...
or support indie stores by buying on
(This book is on backorder)