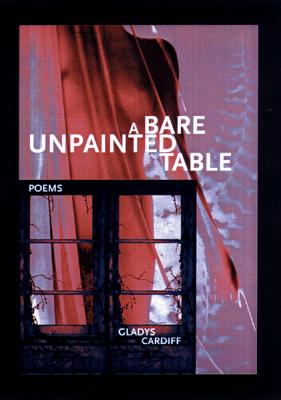 Gladys Cardiff is an enrolled member of the Eastern Band of Cherokee, and a member of the Native Writers’ Circle of the Americas. Her small book, To Frighten a Storm, from Copper Canyon Press, won the Washington State Governor’s First Book Award in 1976. These are poems from a mature and wise consciousness that understands loss, grief, and the value of the unassailable “solaces we yearn for.” One emerges from Cardiff’s intense, complex meditations with a renewed sense of both the durability of the human spirit and its potential.

GLADYS CARDIFF'S poems have appeared in numerous periodicals and anthologies, including such essential gatherings of Native American poetry as Carriers of the Dream Wheel, From the Belly of the Shark, Songs from this Earth on Turtle’s Back, That’s What She Said, Harpers Anthology of 20th Century Native American Poetry, and Reinventing the Enemy‘s Language. Cardiff grew up in Seattle, Washington, and received degrees in creative writing from the University of Washington. She received her Doctorate at Western Michigan University and is a professor at Oakland University in Rochester, Michigan.
Loading...
or
Not Currently Available for Direct Purchase