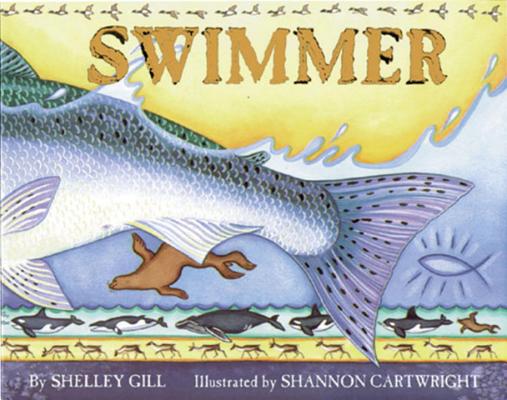 This book is part of the PAWS IV Publishing series and was originally published in 1995. Special thanks to biologists Bill Bushur, Henry Yuen, Suzi Lozo and Richard Barnes and elder Elena Charles and all the kids and parents from Newtok, Atmautlauk, Napaskiak and Kwethluk who helped me understand yaaruiq.

SHELLEY GILL was the fifth woman to complete the Iditarod race. When she's not writing, Shelley travels to schools around the country where she covers a variety of topics--from whale watching to where her ideas come from. Gill was a founder and publisher of the Paws IV line of Alaskan children's books now owned by Sasquatch Books. The author lives in Homer, AK.

Shannon Cartwright  has spent most of her Alaska years living in the bush, and has never owned a TV or a computer. Cartwright has traveled all over the state working on a set-net site in Bristol Bay, driving horse-pack trips, guiding in the Alaska Range and Brooks Range, researching book projects, and traveling between her cabins by train, skis, snowmobiles, and horses. She expresses her love of Alaska through the 28 children's books she has illustrated, seven of which she has also written.
Loading...
or
Not Currently Available for Direct Purchase