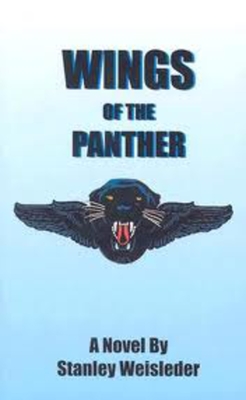 Wings of the Panther

A story about one man's dream that took him from Harlem to the segregated South, to North Africa and ultimate glory over the skies of Italy and Germany. He returned to a country still not ready to recognize his achievements.The 332nd Fighter Group, consisted of four squadrons of black fighter pilots who had to fight not only the Luftwaffe, but also the U.S. Army Air Corp before they could gain recognition.They had to drink from water fountains marked for colored only and even after they won their wings, their own Air Corp made fun of them with disparaging remarks such as the Spookwaffe or the Nigger Air Force.

Stanley Weisleder heads his own actuarial firm, Actuarials Unlimited, Inc. He is also a reserve deputy with the Los Angeles Sheriff's Department.
Loading...
or support indie stores by buying on
(This book is on backorder)