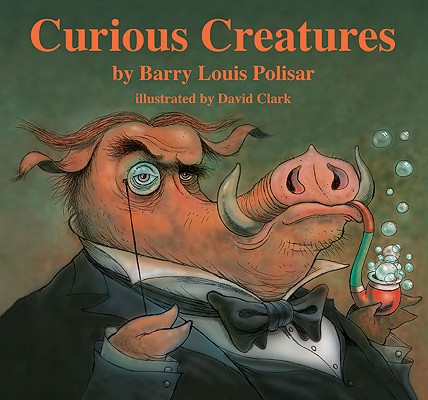 Filled with humorous and thought-provoking poems, this collection introduces young readers to some of the world's oddest animals including the earthworm, the echidna, the flying paradise snake of Borneo, and Western Australia's quokka. Buttressed with bright, lively illustrations, each poem is filled with intriguing facts about each animal, including the strangest of all creatures: man.

"Catalogs a random spectrum of creatures and the exaggerated cartoon illustrations in bright colors accentuate each poem's action with humor."  —School Library Journal

Barry Louis Polisar is a four-time Parents Choice Award winner and the author of 10 books, including Don’t Do That, Haunted House Party, and Peculiar Zoo. He has performed at the White House, the Smithsonian, and the Kennedy Center as well as schools all over the United States and Europe. He has written songs for Sesame Street and the Weekly Reader, starred in an Emmy Award–winning television show for children, and has been featured regularly on the Learning Channel. He lives in Silver Spring, Maryland. David Clark has teamed with Barry on most of his books and is a graduate of the Pennsylvania Academy of Fine Arts. He lives in Luray, Virginia.
Loading...
or
Not Currently Available for Direct Purchase