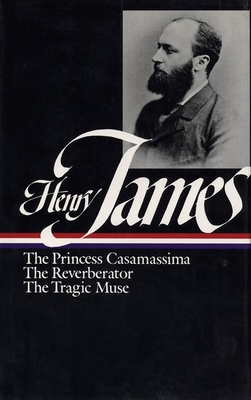 The three novels in this Library of America volume from Henry James’s middle period explore some historical and social dilemmas that belong as much to our time as to his own. The Princess Casamassima was published in 1886, a year that saw riots of the unemployed in London. It is a political novel in which anarchists and terrorists conspire within a fin de siècle world of opulence and glamour. The action ranges from palaces to slums, from London to Paris to Venice and back again. The novel’s hero, Hyacinth Robinson, is torn between his loyalty to revolutionary causes—for which he is about to commit an act of violence that may cost him his life—and his taste for the artistic side of aristocratic culture, represented in part by the beautiful, wealthy, compassionate, and yet deceptive Princess of the title. Possibly to save Hyacinth, she becomes romantically involved with his fellow conspirator Paul Muniment, a calculating political operative, idealistic and treacherous by turns. Assassination plots, sexual betrayals, murder, suicide, and the fierce play of conflicting loyalties—all these bring into play an intricate abundance of attendant figures, like the rakish Captain Sholto and the appealing but faithless Millicent Henning.

The Reverberator (1888) is a swiftly paced comic novel named after a newspaper that caters to the American public’s appetite for the “society news of every quarter of the globe.” Francie Dosson, the free-spirited daughter of a wealthy Boston family, innocently provides gossip to George Flack, a “young commercial American” who writes for the paper. His published report imperils her engagement to Gaston Probert, whose family is outraged by the airing of its secrets. James portrays the collision of easily shocked Old World propriety and self-assured New World naiveté with benevolent affection and spirited delight.

The Tragic Muse (1890) explores with a topical realism not usually found in James the conflicts between art and politics, society and the Bohemian life. It does so with dazzling glimpses of Parisian theater and of London aestheticism, as articulated by the flamboyant and idealistic Gabriel Nash. At its center are four superbly drawn characters. The fascinating Miriam Rooth is an actress of overwhelming egotistic vitality and dedication to her art. Her suitor, the diplomat Peter Sherringham, is impassioned by her theatrical talent even while asking her to sacrifice it for his career. Nick Dormer faces a similar predicament in his engagement to the rich Julia Dallow, who wants him to forgo his painting so as to make use of her fortune in pursuit of his career in Parliament. Full of witty talk and vividly dramatic scenes, the novel includes a vast array of characters such as the impressive political matriarch Lady Dormer. Perhaps more than any of his novels, it attests to James’s recognition of the costs of any dedication, like his own, to creative achievement.