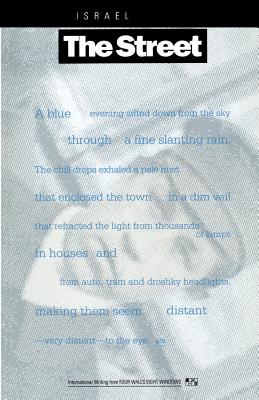 A Yiddish Novel from Between the World Wars

"The Street offers an unsentimental portrait of Eastern European Jewish life, with none of the Shubert Alley schmaltz of Fiddler on the Roof or the mythopoeic grandeur of Isaac Bashevis Singer's fictions. . . . Rabon speaks to us today with immediacy and power, in this memorable novel about a vanished world quite like our own."--New York Newsday

A master novelist of city life, Israel Rabon describes in The Street that peculiar moment in recent history--Eastern Europe between world wars. Day to day reality had shattered into pieces, yet people still seemed empowered with an unearthly optimism. His characters include a tubercular clown, a suicidal poet and his handsome young wife, a circus wrestler, and an ex-soldier who finds employment reading aloud the titles at a movie theatre for an illiterate audience. The eerie power of this book lies in its unerringly accurate depiction of human frailty.

Born in the Polish village of Govorchov in 1900, the son of a widowed rag peddler, the Yiddish writer Israel Rabon published two novels, The Street (1924) and Balut (1934), as well as two volumes of poetry, Behind the World's Fence (1928) and Lider (1938). In 1941 Rabon was seized by the Nazis and presumably killed.
or
Buy Here
Copyright © 2020 American Booksellers Association