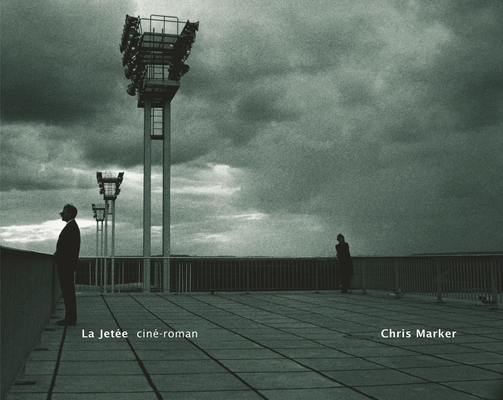 Images and script (in both French and English) from one of the greatest experimental films ever made by a master of the form.

This book version of La Jet e is, to my mind, astonishingly beautiful. It brings a total freshness to the work and a new way to use photos to deal with dramatic events. Not a film's book, but a book in its own right; the real cin -roman announced in the film's credits.; Chris Marker

La Jet e, the legendary science fiction film about time and memory after a nuclear apocalypse, was released in 1964 and is considered by many critics to be among the greatest experimental films ever made. (It provided the basis for Terry Gilliam's 1995 film 12 Monkeys.) Chris Marker, who is the undisputed master of the film essay, composed this postapocalyptic story almost entirely of black-and-white still photographs. The story concerns an experiment in recovering and changing the past through the action of memory, yet the film can be read as a poem dominated by a single moving image, which in its context becomes one of the supreme moments in the history of film. This Zone Books edition reproduces the film's original images along with the script in both English and French.