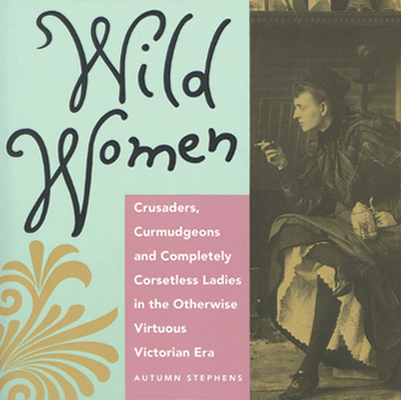 A fascinating and sometimes humorous glimpse into the lives of 150, 19th-century American women who refused to whittle themselves down to the Victorian model of proper womanhood. 50-black-and-white photos.

Autumn Stephens was born in a New Mexico mining community whose population began to dwindle shortly after her arrival (though she swears this was mere coincidence) and finally faded from the map altogether. She spent the rest of her childhood in Eugene, Oregon. Initially, she intended to become a psychologist, but when she noticed that her introductory psych classes at Stanford University tended to focus on the behavior of rats rather than that of human beings, she signed up as a Creative Writing major instead. During several subsequent years as an afterhours creative writer;daytime wageslave, Stephens worked as a medical coder, a phone sex script writer, a composer of fraudulent Tarot prognostications, and something called a "special investigator" for the State Bar of California. More than any other experience, however, her stint as an oldfashioned legal secretary (among other absurdities, the job involved the daily composition of a hearthealthy salad for a highmaintenance male boss) honed the deliciously snide feminist sensibility which informs Stephens' writing today. (Well, okay, growing up more or less concurrently with the women's movement of the 1960s and 1970s helped too.) Stephens is the author of the popular Wild Women books published by Conari Press, including Wild Women, Wild Women in the White House, Wild Words from Wild Women, Loose Cannons, Drama Queens, and Out of the Mouths of Babes. Stephens also freelances for magazines, reviews women's writing for the San Francisco Chronicle, and enjoys an entirely attorneyfree lifestyle. Currently, she lives in Berkeley, Californiaa city which she would like better were it not for an uncharacteristically restrictive ordinance against raising miniature pigs in one's backyard. Her hobbies are sleeping and reading trashy celebrity magazines.