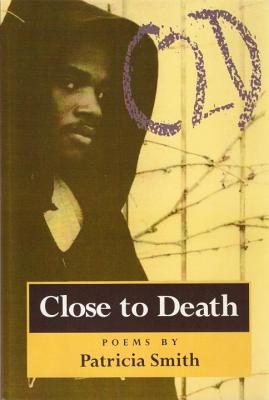 Homicide, drug abuse, and AIDS-related deaths have forced black male life expectancy into a steady decline. In New York City, black males have long been considered expendable. Young men who feel they have run out of options, whose bravado indicates they are no longer afraid to die, wear baseball caps emblazoned with "C2D," for close to death. This chilling cry comes from those who expect to lose their lives violently without ever having a chance to live. Close to Death, a book of poems amplifying the voices and souls of black men at various stages of their lives, is a poetic requiem for those who struggle against the odds, for those who have resigned themselves to death, and for those already gone.

Patricia Smith is the author of six books of poetry, including Shoulda Been Jimi Savannah, winner of the 2013 Lenore Marshall Poetry Prize from the Academy of American Poets and the 2014 Rebekah Bobbitt Prize for Poetry from the Library of Congress; Blood Dazzler, a finalist for the National Book Award, and Teahouse of the Almighty, a National Poetry Series selection. Her work has appeared in Poetry, The Paris Review, Tin House, and in Best American Poetry, Best American Essays and Best American Mystery Stories. A 2014 Guggenheim fellow, Patricia is also a professor at the College of Staten Island and an instructor in the MFA program at Sierra Nevada College.

Praise For Close to Death: Poems…

"This Woman is powerful." -- The Village Voice Literary Supplement

"A vigorous, impressive talent." -- Booklist
or support indie stores by buying on
(This book is on backorder)
Copyright © 2020 American Booksellers Association