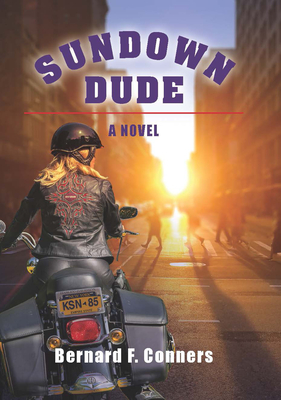 For Charlotte, there was no thrill like riding her Harley. From its starting roar to its smooth satisfying growl, the machine between her legs thrummed with barely restrained vitality. Speed, freedom, adventure --nothing compared. Nothing, that is, until she robbed a bank. After that first burst of adrenalin, she was hooked. For a low-paid librarian and single mom, money was definitely a bonus, but most of all there was the addictive kick of risk and power that triggered a string of brash stickups. In such a fast-paced world, problems were inevitable for Charlotte. For her hapless boyfriend, far over his head in love with a beautiful woman and unaware of her extracurricular banking endeavors, horrors would unfold. Theirs was a tenuous romance. For her, solely a matter of convenience; for him, a hopeless quixotic affair that promised a wobbly future. Sundown Dude is a fast-paced ride that flirts with danger, sexual manipulation, tabloid journalism, and the lengths one woman will go to take what she wants before the sun sets on her world. Sensitive readers ruffled by raffish language or bawdy behavior may find this story a bit jarring. But for those intrepid souls hankering for eye-popping prose - read on.

Bernard F. Conners, former publisher of The Paris Review and FBI agent, has had a distinguished career in government, business, publishing and film. He is the best-selling author of Dancehall, Upper East Side Girl, Cruising with Kate, Tailspin, The Hampton Sisters, and Don't Embarrass the Bureau. Mr. Conners lives in Loudonville, New York.
Loading...
or support indie stores by buying on