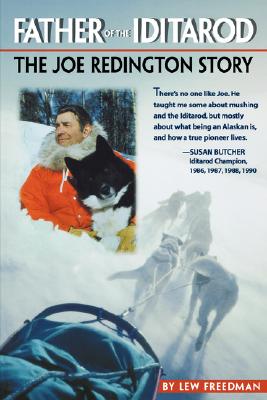 Father of the Iditarod

In a place where respect is not easily earned, the name of this homesteader, pilot, and visionary dog-musher generates awe. His is the classic image of an Alaska pioneer--rugged, independent, determined, hard-working. Meet Joe Redington, Father of the Iditarod, a man who found his destiny in Alaska. In an inspirational biography, Chicago Tribune sportswriter Lew Freedman chronicles Redington's birth on the Chisholm Trail and his boyhood in the Depression--homeless, motherless, roaming the country looking for work as a field hand. Alaska was his rebirth in 1948. Redington found the home he never had. On his own piece of dirt, a man could raise a family, hunt, fish, run dogs, and stand up for what he believed. Almost single-handedly, Redington rescued Alaska dog mushing from extinction. With ambition, an abiding love for sled dogs, and refusal to accept "it can't be done," Redington created a legacy in the thousand-mile race across Alaska that has thrilled the world for more than three decades, the Iditarod Trail Sled Dog Race.