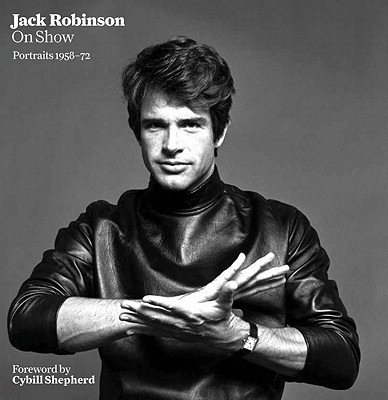 Photographs of some of the most iconic actors, artists, fashion designers, and performers, from the late 1960s and early 1970s, including Jack Nicholson, Michael Caine, Joni Mitchell, Ralph Lauren, and Andy Warhol A unique photo portfolio of celebrated icons containing many images now published for the first time, this stunningly produced book showcases 150 unforgettablephotographs selected from the vast archive of 150,000 that make up an extraordinary body of work. The roll-call of subjects Robinson photographed in his career reads like a definitive who's who of the period. Robinson photographed not only actors and entertainers but the writers, artists, fashion designers and politicians who shaped the cultural landscape of the sixties and early seventies. His compelling portraits show a remarkable rapport: rarely have his subjectssome of the most photographed individuals in the worldappeared so unguarded and at ease in front of the lens. A favorite of legendary "Vogue "editor Diana Vreeland, Robinson's photographs appeared over 500 times in the magazine. This unique showcase of images returns Jack Robinson to his rightful place as a master photographer of one of the twentieth-century's defining periods.

"The photos, pristine as ever, preserve their famous, fresh faces as if no time has passed."  —NPR photo blog The Picture Show

Jack Robinson (19281997) was born in Meridian, Mississippi. His career as a photographer began during the early fifties in New Orleans where he documented the city s street life and vibrant cultural scene. In 1955 he travelled to Mexico with the famous art dealer Betty Parsons. She encouraged him to pursue a career in New York as a fashion photographer; by the end of the fifties, his work was regularly featuring in "Life" magazine and "The New York Times" until 1965 when he moved to "Vogue" and shot many of his most memorable images. In December 1972, he left New York and moved to Memphis, where he earned a living as a water colorist and worked on stained glass windows. "
Loading...
or
Not Currently Available for Direct Purchase