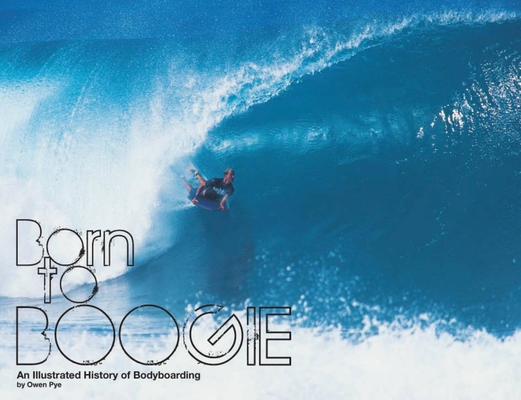 To its legions of followers, bodyboarding is quite simply the most intense watersport on the planet. Wherever you find waves that are too heavy for even the most gung-ho of surfers, there you’ll find the boogers, screaming into dredging pits and scoring impossibly deep barrels.

Written by respected bodyboard journalist Owen Pye, Born to Boogie tells the tale of how the sport was created, how it developed, flourished, faltered and fought back to become one of the most exciting extreme sports in the world today.

Filled with incredible stories spanning four decades and packed with iconic images, Born to Boogie is a book that every bodyboarder will want to check out.

Praise For Born To Boogie: Legends of Bodyboarding…

“For the first time we now have a book of the sport’s history. Owen Pye has written an epic chronicle.” – Mike Stewart, nine-times World Champion
“Stewart, Eppo, Tamega, Botha, Hubb, Player, Kingy, Hardy...each one has contributed something to the sport and has an amazing tale to tell. Born To Boogie is the definitive story of the history of bodyboarding.” – Matt Hawken, Kernow Bodyboarding
“What makes this book particularly special is its readability. In chapters chronicling the triumphs and anguishes of several of bodyboarding’s most influential characters, Pye has penned the first comprehensive history of the sport with a series of gripping personal tales.”  – Greg Leigh, Cape Argus, South Africa
“If you love bodyboarding you should get this book.” – Bodyboarder.com
“It’s an honour to be part of it.” – Pierre-Louis Costes, 2011 World Champion
or
Buy Here
Copyright © 2020 American Booksellers Association