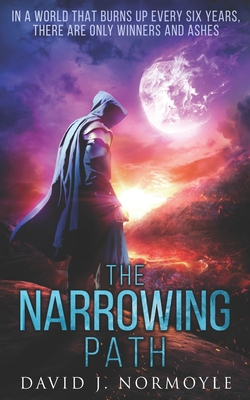 In a world that burns up every six years, only the strongest, smartest and most ruthless survive.

The teenage boys of noble birth are sent out into the city to demonstrate their wits and strength. Some prove themselves in combat, others display their empire building skills, still others attempt to kill off their rivals. Out of over a hundred, only six will be selected by the leaders of the great families and allowed a place in the Refuge. The rest will perish, one way or another.

Not only is thirteen-year-old Bowe younger and weaker than most of the other boys, he has no family to support him. He is expected to die on the very first day of the narrowing path. Instead he begins a journey no one could have anticipated.

This is the first book in The Narrowing Path trilogy. Bearing comparisons to Hunger Games and The Maze Runner, the series explores a rich medieval fantasy world with characters every bit as devious and bloodthirsty as the schemers in Game of Thrones.