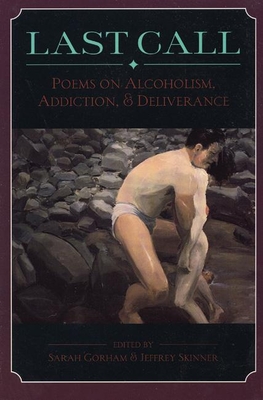 Sarah Gorham is the author of two collections of poetry, Don't Go Back to Sleep (Galileo Press, 1989) and The Tension Zone (FourWay Books, 1996). Her work has appeared widely in such places as The Nation, Antaeus, Poetry, The Kenyon Review, Grand Street, The Missouri Review, The Georgia Review, The Southern Review, and Poetry Northwest, where in 1990 she won the Carolyn Kizer Award. She has received grants from the Kentucky State Arts Council, the Kentucky Foundation for Women, the Delaware State Arts Council, and the Connecticut Commission on the Arts, She is Editor-in-Chief and President of Sarabande Books, Inc.

Jeffrey Skinner has published three collections of poetry, Late Stars (Weslyan University Press, 1985), A Guide to Forgetting (Graywolf Press, 1988) and The Company of Heaven (University of Pittsburgh Press, 1992). His work has appeared in numerous literary magazines including The Atlantic, The New Yorker, The Nation, The Georgia Review, and Poetry. He has been awarded grants from the National Endowment for the Arts, the Ingram Merrill Foundation, the Howard Foundation, and several state arts councils. He is also a playwright, and two of his plays were finalists in the Eugene O'Neil Theater Conference competition. He is currently Director of Creative Writing and Professor of English at the University of Louisville.