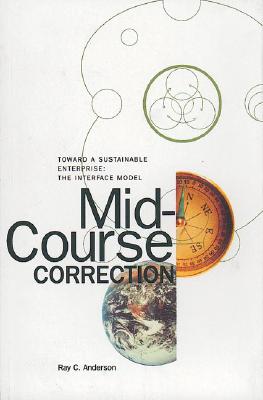 Toward a Sustainable Enterprise: The Interface Model

In 1991, Chelsea Green published "Beyond the Limits," the revision and updating of "The Limits of Growth" by Dennis and Donella Meadows, and Jorgen Randers. Their book helped greatly to popularize the phrase "sustainable living." Over time at Chelsea Green, our publishing program has sought new and delightful ways to apply the principles of sustainable living. This effort has seen new books published on subjects as diverse as flower farming and building houses from straw bales.For the most part, however, sustainable living is not a valued concept in the business community, where "growth" is narrowly defined as synonymous with money, and is considered by many to be the sole indicator of success. This is the world in which Ray Anderson was reared. After graduating as an industrial engineer from Georgia Tech, where he also played on the football team, he followed a traditional and successful business path, until in 1973 he was bitten by the entrepreneurial bug and founded Interface, Inc., a carpet manufacturing company.Over the next two decades, Interface grew and prospered, a success by most traditional business indicators of growth-revenues, profits, products, and territories. Ray Anderson, however, found himself growing increasingly uneasy, a discomfort that became focused when he read Paul Hawken's book "The Ecology of Commerce," It became instantly clear to him that the processes of nature must be incorporated into every aspect of his life, including his company."Mid-Course Correction" is the personal story of Ray Anderson's realization that businesses need to embrace principles of sustainability, and of his efforts, often frustrating, to apply these principles within a billion dollarcorporation that is still measured by the standard scorecards of the business world. While the path has proved to have many curves, Interface is demonstrating that the principles of sustainability and financial success can co-exist within a business, and can lead to a new prosperity that includes human dividends as well.