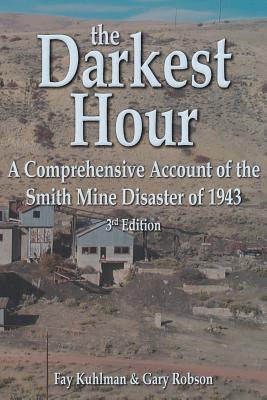 A Comprehensive Account of the Smith Mine Disaster of 1943

On February 27, 1943, an explosion at Smith Mine #3 in Washoe, MT killed 74 men in the worst mining disaster in Montana's history. This is the story of the miners, the heroes in the rescue operation, and the communities that were brought close to extinction by the disaster.

Many reports have been made of the Smith Mine Disaster. It was an event that shocked the state of Montana with the worst tragedy in its long history of coal mining. The calamity had far-reaching effects on thousands, and repercussions on communities and towns which came close to bringing them to extinction. Because it was a vital portion of history, this work has been compiled from many sources to provide as comprehensive a record of that time as possible.

Originally written by Fay Kuhlman, former Mayor of Bearcreek, "The Darkest Hour" was edited and expanded by Gary Robson for the 60th anniversary of the disaster.