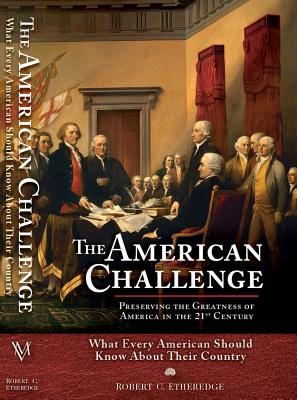 Preserving the Greatness of America in the 21st Century

Winner of the 2012 eLitAwards Gold Medal for Best History Book

Offering a complete review of American history, civics, and culture, this unique collection provides both current and future citizens with the basics of the United States’ common traditions and values in order to properly exercise their duties and obligations to vote responsibly. Amply illustrated and containing material not found in other sources, this book features a complete historical timeline of the United States; details of each presidential election, including vote totals and short profiles of each president; color flags of all states; history and care of the United States flag; maps showing statehood dates, Native American tribe locations, major cities, and time zones; text of the Mayflower Compact, the Declaration of Independence, the Northwest Ordinance, and the United States Constitution, including all amendments; and explanations of the three branches of government, the electoral college, the federal budget, and presidential succession. Americana, such as important figures, popular cooking, national disasters, and colorful sayings, and the official United States Citizenship Test, with cross references to relevant material, are also featured.


Praise For The American Challenge: Preserving the Greatness of America in the 21st Century…

"The American Challenge is a vitally useful and rewarding handheld pocket encyclopedia of history's greatest experiment in freedom. It is an indispensable reference that both informs and inspires."  —Daniel Lapin, www.RabbiDanielLapin.com

"This is an amazing compendium of American history and culture. It is written in an easily read and understood format that allows the reader to open to any page and be able to follow what that page contains . . . We rated it a 5 heart score."  —Bob Spear, http://www.abookbarn.com