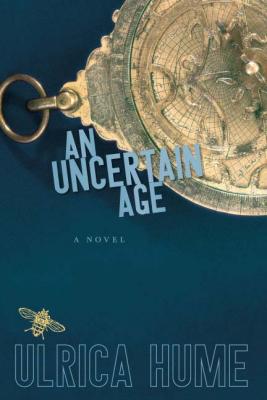 Justine’s life is uncertain when she meets Miles Peabody on the Eurostar. She has lost her job, her fiancé, everything except her dream of becoming an artist. Miles Peabody, a retired librarian and beekeeper, has always led a cautious, philosophical life. Now, faced with his mortality, he needs a miracle.

Drawn inexplicably to each other, their relationship is tested when Miles invites Justine to join him on a Santiago de Compostela pilgrimage. But before she can answer, Miles goes missing. Desperate to find him, and nudged by the French police, Justine slips into a dark night of the soul. As her radical search turns inward, she begins to explore her faith (or lack of). The love letters of Abélard and Héloïse play a part—as do fractals, the physics of color, and Saint Teresa of Ávila’s excruciating visions. Also a rare, gnostic book, Secrets of the Epinoia, which is as elusive as its owner.

Helping Justine unravel the mystery of Miles are two women: Gwynneth, a lapsed Anglican, and Dara, a devout Hindu housekeeper (whose intentions Justine prays are good). Their cloistered world is turned upside-down when a charismatic visitor appears with the keys to Miles’s past. Haunted by questions of truth, betrayal, and loss, it seems they are all connected in an unlikely, even mystical way—whether in France or Spain, England, or far-off places around the globe.

An Uncertain Age by Ulrica Hume is a quirky, interfaith novel about astonishing grace, and longing in all its forms.


Praise For An Uncertain Age…

An Uncertain Age is a fascinating work, at once a mystery that transforms itself by degrees into a pilgrimage, and an unlikely love story that deepens into transforming mystery. Ulrica Hume is literate, smart, painfully honest, and often slyly, redemptively funny, and she has suffused her story with the rare urgency of a genuine spiritual quest. ~Tim Farrington, author of The Monk Downstairs

A rich and complex tapestry, a spiritual and literary mystery, this novel turns the reader into a seeker. The quest that unfolds is rewarding in multiple dimensions, beginning with the sheer delight of its beautifully crafted sentences. And while the novel’s sophisticated layers of meaning engaged my adult mind, its wildly adventurous plot, its vivid descriptions of far-away places, and its cast of wonderfully eccentric characters drew me in to an experience of reading that I haven’t had since I was a child. ~Noelle Oxenhandler, author of The Wishing Year

[Hume] manages to deftly weave together the world’s major religious traditions in a way that makes the reader want to see how the novel plays out…It would make a wonderful book club choice where its depth could provide fodder for rich discussions. ~Annie Peters, San Francisco Book Review, 5 stars

An Uncertain Age has the depth and power to inspire readers to ponder their own choices. ~Malcolm R. Campbell, Malcolm’s Round Table