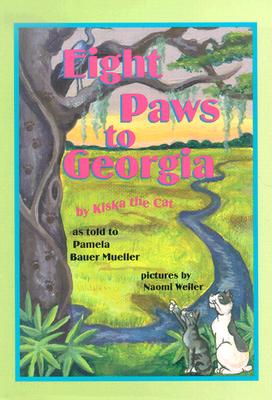 By Kiska the Cat

Eight Paws to Georgia is the third book of the Kiska Trilogy and again is written by Kiska the Cat as told to Pamela Bauer Mueller.  In her third book, Kiska tells her tale of moving from White Rock, Canada to the Georgia seacoast town of St. Simons Island.  Kiska and Jasper discover salt water marshes, live oaks, shrimping and alligators among their many adventures before crossing the rainbown bridge.  Eight Paws to Georgia is the last of Kiska's nineteen years of adventures while living in three countries.  However at the end, you will meet Jasper's new buddy Emiline and the promise of new adventures.