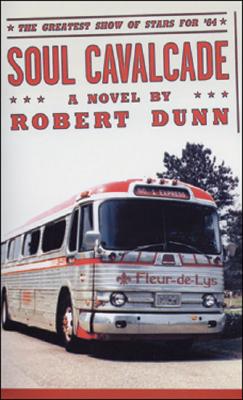 It's spring 1964, and Fleur-de-Lys Records is sending its Soul Cavalcade around the country: 20 cities in 24 days, a couple dozen singers and musicians all squashed on one bus. Then there's Esme Hunter— the newest member of the troupe, a singer with an astonishing secret that will soon spin the Cavalcade upside-down. A comedy with Shakespearean tones, a wild romp with blistering music, an always fascinating story with tinges of tragedy, this book gets to the heart of American soul music.

"Dunn captures the drama of the Cavalcade's journey, the competition they must overcome to get their records played, and the racial discrimination of that era. This novel makes some music of its own, recapturing a time lost now in history by bringing its characters to life in a very entertaining story."  —Bookviews

Robert Dunn is the author of Pink Cadillac and Cutting Time. He has taught fiction writing at The New School in New York City and has been published in The New Yorker and The Atlantic. He lives in New York City.
Loading...
or
Not Currently Available for Direct Purchase