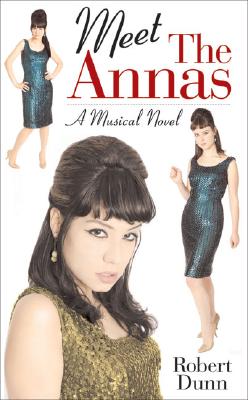 In the early 1960s, the girl group The Annas ruled rock ‘n’ roll with their wild beehive hair-dos, soaring harmonies, and bad-girl attitudes. Narrated by their songwriter, Dink Stephenson, this suspenseful tale follows the rollercoaster life and mysterious death of the haunted-eyed and raven-haired lead singer, Anna Dubower. At the top of the charts, The Annas have two number-one hits. The endless talent and callous intrigue of Anna Dubower peaks in a passionate affair with a preworld-conquering John Lennon. Then comes the British Invasion, and almost overnight, The Annas’ fame crashes. Desperate to retake their former glory, The Annas make one last record, Love Will Cut You Like a Knife, written by Dink (though credit is stolen by others), who is now Anna’s lover. The disc flops, hopes are dashed, and a couple of months later Anna Dubower is dead. Now 30 years later, the fatal recording is hugely popular in movies and television, and Dink, still obsessed with memories of Anna, is suing for true authorship. The captivating drama surrounding Anna’s harrowing life unfolds as her stirring love story intersects with the legal drama and coldcase investigation surrounding her death.

Praise For Meet the Annas: A Musical Novel…

"From New York’s Brill Building to a certain LA studio with Golden touch, Meet the Annas has it all: suspense, spot-on detail, and a big helping of true romance."  —Lewis Shiner, author, Glimpses

"This is a fully musical work of literature, a book with a beat so good you could almost dance to it."  —David Hajdu, author, Positively Fourth Street

"Dunn mixes his passion for the era's girl groups and their music with a keen eye for detail that brings this dark tale to life. If you loved Dreamgirls, you'll love Meet the Annas."  —Jim Fusilli, author, Hard, Hard City

Robert Dunn is the author of a series of fiction novels about rock-music history, including Cutting Time, Pink Cadillac, a Book Sense pick, and Soul Cavalcade. His work has been published in The New Yorker, The Atlantic, and The O. Henry Prize Story collection. He lives in New York City.
Loading...
or
Not Currently Available for Direct Purchase