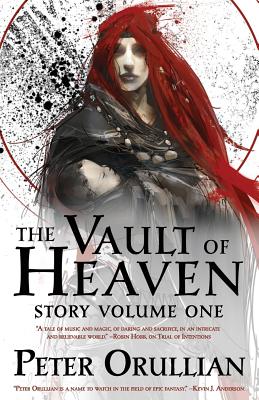 The Vault of Heaven

A mother considers the unthinkable to stop a war. A husband may lose everything to watch over a world. A scrivener learns the terrible risk in the words she's translating. The power of many sacrificing as one. These and more are the stories collected in this volume. Stories of people. Stories of war and sacrifice and friendship. They help weave the rich fabric of Orullian's epic fantasy series, The Vault of Heaven, deepening the resonance of the world he's created.