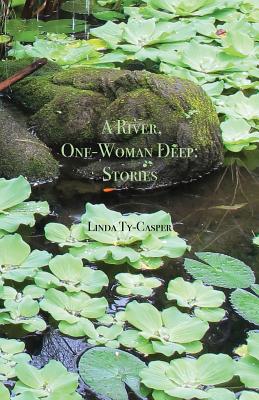 Award-winning Filipina writer, Linda Ty-Casper, who is noted for her historical fiction set in the Philippines, presents a new collection entitled, A River, One-Woman Deep: Stories. The book includes her novella of the same title and short stories.

Her novella is set during the tumultuous Estrada years from 1998 to 2001 when the Philippine president rose to power and was impeached after massive rallies. The main character is a Filipina-American who uncovers a family secret during her visit to Manila, a secret caused by another traumatic event in the Philippines -- World War II.

The other stories in her collection are about Filipino and Filipino-American women. These stories, as well as her earlier works, are about characters whose lives have been changed by historical events. So powerful were/are the author's character-driven stories, that her books Fortress in the Plaza and Wings of Stone were banned in the Philippines during the Marcos dictatorship. Readers International of London published both novellas.These two novellas continue to be read and studied by Filipinos who are dealing with the current Philippine drug war and extrajudicial killings.

Ty-Casper had graduated from her studies in Law from the University of the Philippines and Harvard when she came across erroneous and biased books at Widener Library. She abandoned Law and became an advocate, through faithfully researched historical fiction, of the Filipino's right to self-definition/determination.

She has authored 16 books and has received the SEA WRITE Award, UNESCO/P.E.N., Rockefeller (Bellagio), Radcliffe Fellowship, among others. Her stories have been published in Antioch Review, The Asia Magazine, Windsor Review, Hawaii Review, Triquarterly, and others.