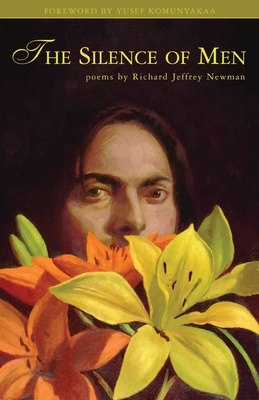 The Silence of Men

The Silence of Men confronts and breaks the silence in men’s lives surrounding sex, family, power and violence; graphic and intimate, celebratory and heartbreakingly painful, these are the poems of a survivor for whom writing, because it breaks that silence, has been a primary means of survival.

RICHARD JEFFREY NEWMAN, an associate professor at Nassau Community College, New York, is an essayist, poet and translator who has been publishing his work since 1988, when the essay "His Sexuality; Her Reproductive Rights" appeared in Changing Men magazine. Since then, his essays, poems, and translations have appeared in a wide range of journals, among them Prairie Schooner and Birmingham Poetry Review. He has given talks and led workshops on writing autobiographically about gender, sex, and sexuality. His translation of selections from Saadi's Gulistan, a thirteenth-century masterpiece, was published by Global Scholarly Publications. The Silence of Men is the first book of his own poetry to be published.
Loading...
or
Not Currently Available for Direct Purchase