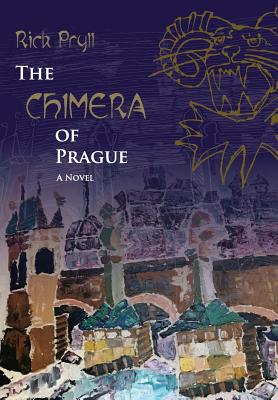 The Chimera of Prague

Divorced expat, Joseph, takes a gap year in the late nineties, womanizing Prague with a vengeance. He obsesses over one elusive girl, and tires of the parade of women he assimilates into his sad life, His soulmate is out there. In fact, he may have already met her.

"Chimera" features a unique story-within-the-story format as Joseph digs from finish to start through his first love in an attempt to understand his particular brand of dysfunction. As much as the big story is about a love affair with a magical city, the vignettes are an ode to Western New York State from which he hails, and the woman who originally broke his heart.

"This work is fragile, strong, and poignant, yet cleanly written." - Bibiana Krall, author of Escape into the Blue

About CHIMERA:
Prague is full of metaphors. They're not lost on Joseph. He's on a stone bridge between his old life and his future. He's building a castle of every architectural style around his heart. He needs to throw his obsession with an elusive Czech girl out the window, in order to crystallize his sense of self. He's a lump of clay waiting to be animated, and he's an alchemist in search of life's secret formulae, to be engraved on a shem and placed beneath his tongue.

"I lose myself in it. It's captivating I am vested in Joseph." - Katelin Maloney, author of Drowning

About the vignettes:
History echoes. What came before is woven into the fabric of the present. That's why geology matters. It is one of the myriad influences on the budding romance between two teenagers in the late 1980's. Like water running downhill, the universe conspired to bring them together. They were meant for each other, motivated by forces beyond their control. They are actors on a stage that has been set for them. Their ancestors, alive and dead, are present in their reality. Echoes of triumphs and failures filter into Joseph and Dani, filter into their experiences, and alter their choices. Joseph and Dani are free to do as they please, but they can't outrun the consequences.