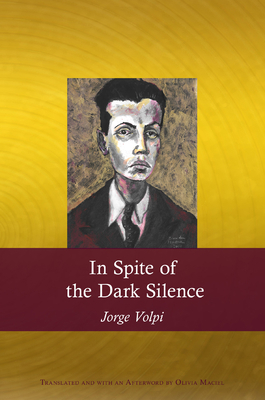 In Spite of the Dark Silence

"He was named Jorge, like me, and for this his life hurts me twice." So writes Jorge Volpi in this highly original novel that presents a biographical perspective on the tragic life of the poet and chemist Jorge Cuesta. Cuesta was one of the founders of Los Contemporáneos, an influential twentieth-century literary movement. The poetic voice of Cuesta's verses can be heard throughout, offering insights into the creative and destructive forces and impulses in his work that eventually led to a mental ward—and a shocking suicide at thirty-eight. The fictional "Jorge," as narrator, embarks on an obsessive quest to understand the life of the long-dead poet, with the distance between subject and researcher blurring as he finds himself struggling to understand his own life. It is a brave search for anyone willing to gaze into the mirror of mortality "in spite of the dark silence."


Praise For In Spite of the Dark Silence…

“A spinning novel exploring suicide and the shocking trend of creative people to it and the world of literature, In Spite of the Dark Silence is a fascinating and very highly recommended read, not to be missed.”

“Jorge Volpi’s work is a fundamental reference to the new Latin American narrative. At a time when doubt confronts the viability and possibilities of the novel as a genre, this writer’s ambition is admirable. Volpi shows in a powerful way that there isn’t anything beyond the novel’s reach; poetry and science are, here, an indissoluble part of the search to understand the human condition.”

“This early novel by Jorge Volpi shows the lyric, even mystical, side of a writer one might otherwise associate exclusively with social and political fiction. Ably translated by Olivia Maciel, Volpi’s portrayal of the life and death of Mexican avant-garde poet Jorge Cuesta (1903–1942) is equal parts poetry and alchemy. Cuesta’s madness, his self-castration and suicide, inspires and maddens the novel’s protagonist, and in doing so provides a new genealogy—very Mexican, yet also cosmopolitan, yet also beyond such false dichotomies—for the novelists of this generation.”

“After emasculating himself and finishing one of the most important long poems in Spanish of the twentieth century, Jorge Cuesta kills himself in 1942 at the mental clinic where he was confined. With this in mind, Volpi has achieved a short masterpiece of great precision and intensity.”

With In Spite of the Dark Silence, Jorge Volpi puts a new spin on a classic tale of obsession, following the fictional narrator who is consumed with his research of actual Mexican poet and chemist, Jorge Cuesta. The fictionalized biography, in its slightly bizarre nature, weaves the narrator’s research of Cuesta with the downward spiral of his personal life, and will quickly envelop its readers, leaving them with memorable lyrical prose and fragmented sentence structures. . . . Hauntingly arresting"—Three Percent

“In Spite of the Dark Silence anticipates many of the concerns that would preoccupy Mexican novelists for the next two decades. Behind the critical existentialism of Volpi’s prose, behind his search for the truth about the lost poeta modernista, we can almost hear the echoes of Roberto Bolaño’s Los detectives salvajes, Juan Villoro’s El testigo, and more recently, Valeria Luiselli’s Los ingrávidos.”
— Review: Literature and Arts of the Americas

Jorge Volpi, the author of Season of Ash, among other books, is one of the founders of the influential literary movement, The Crack. In Spite of the Dark Silence was his first novel, published when he was just twenty-four. Olivia Maciel is visiting professor in the Honors College at the University of Illinois at Chicago.