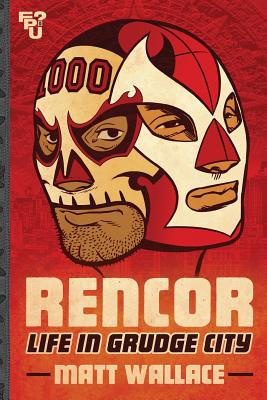 Ciudad Rencor (aka 'Grudge City')-the cross-cultural border mecca of wrestling and lucha libre - sees its streets bathed in blood after a bizarre museum robbery and hysterical reports of living mummies on the loose. It's now up to the unlikely team of the city's most noble t cnico El Victor and its most notorious rudo El Mil Calaveras to stop pounding on each other, put aside their families' three-generation-old rivalry, and bring back the glory days of masked 'lucha-heroes' battling Mexican monsters on the march. Written by Matt Wallace (Envy of Angels, The Failed Cities, Slingers), the former pro-wrestler-turned-scribe of the hit supernatural comedy series Sin du Jour, from a story by From Parts Unknown 'zine-maestro Keith J. Rainville, Rencor: Life in Grudge City is like 48 Hours or Starsky and Hutch fused with El Santo and the Aztec Mummy. No mere ring or steel cage can contain the blood-feuds, body slams, brass knuckles and bandages that spill onto the streets, turning Rencor City itself into one giant arena.

Matt Wallace is the author of The Next Fix, The Failed Cities, Slingers and the Sin du Jour series. He's also penned over one hundred short stories, a few of which have won awards and been nominated for others, in addition to writing for film and television. In his youth he traveled the world as a professional wrestler and unarmed combat and self-defense instructor before retiring to write full-time. He now resides in Los Angeles with the love of his life and inspiration for Sin du Jour's resident pastry chef.
Loading...
or support indie stores by buying on