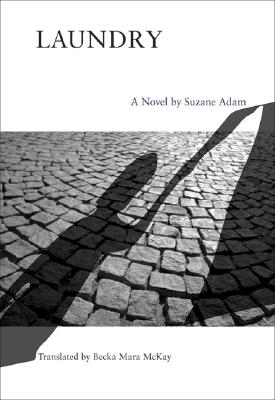 In 1960s Transylvania where the novel begins, five-year-old Ildiko becomes victim to psychological abuse at the hands of her babysitter, Yutzi, whom she worships and follows everywhere. Though Ildiko’s family immigrates to Israel soon after, Ildiko’s life continues to be shaped by the secret deep within her; not until many years later is Ildiko able to reveal her story. In flashback fashion, she recounts her horror to her worried husband, who at the novel’s start is nearly hysterical with worry about a recent mysterious and possibly violent incident. Only as Ildiko’s story unfolds—and with it the parallel stories of her family and her husband—do readers come to understand what has taken place and how Ildiko’s story has come full circle. This psychological thriller focuses on family relationships and the aftermath of childhood trauma, and although not a novel specifically of the Holocaust, the narrative is driven by characters whose lives were shaped by it, so much so that those events become a silent character in the book.

"Burns with feverish menace."  —Zeek: A Journal of Jewish Thought and Culture

Suzane Adam is the author of Mayamiya and Janis’s Mother, which was awarded Israel’s Kugel Literary Prize. She has taught art, creative thinking, image consulting, and computerized commercial presentation. She has also worked as an illustrator and developed games for one of Israel’s largest toy firms. Becka Mara McKay's poetry and translations have appeared in American Letters and Commentary, eXchanges, Hayden’s Ferry Review, small spiral notebook, and TWO LINES, among others, and she has been nominated for a Pushcart Prize, a literary prize honoring the best poetry, short fiction, and essays published in small presses and magazines. She lives in Iowa City, Iowa.
Loading...
or
Not Currently Available for Direct Purchase