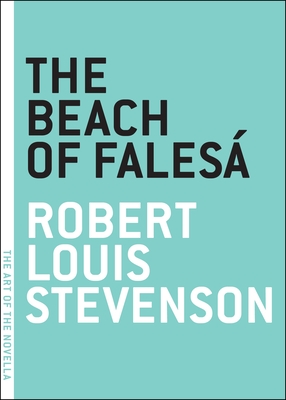 The Beach of Falesa (The Art of the Novella)

Originally censored by its British publisher, The Beach at Falesá is a scathing critique of colonialism and economic imperialism that bravely takes on many of the 19th Century’ s strongest taboos: miscegenation, imperialism, and economic exploitation. It does so with a story that features a surprising and beguiling romance between an adventurous British trader and a young island girl, against a background of increasing—and mysterious—hostility. Are the native islanders plotting against the couple, or is it the other white traders? The result is a denouement that is astonishing in its violence. Told in the unadorned voice of the trader, it is a story that deftly combines the form of the exotic adventure yarn with the moral and psychological questing of great fiction.

Praise For The Beach of Falesa (The Art of the Novella)…

Robert Louis Stevenson was born in Edinburgh, Scotland in 1850, the son of a prominent engineer famous for building lighthouses. Although expected to continue the family profession, Stevenson’s earliest interests were literary. He studied law and was admitted to the bar but never practiced. Suffering from lifelong respiratory illness, he traveled extensively in search of a beneficial climate, living in Switzerland, the United States, and the Polynesian Islands. His first book was a travel book about a French canoe trip, but he soon branched out into poetry and fiction, including his massively popular children’s adventures Kidnapped and Treasure Island, as well as more subtle and morally ambiguous work such as his classic science fiction The Strange Case of Dr. Jekyll and Mr. Hyde. He died in Samoa in 1894.
Loading...
or
Not Currently Available for Direct Purchase