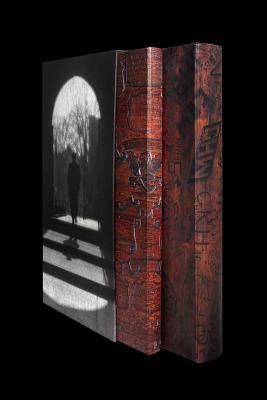 A History in Present Time

Beginning in 1900 and concluding with the events of 2001, VOLUME I is a chronological history of Yale College in the twentieth century. Using excerpts drawn primarily from contemporary Yale College publications and from writings and books by Yale College graduates, Volume I portrays the day-to-day life and times at Yale College during the last century. Volume I contains 422 pages and includes over 3,500 photographs and graphic images.

VOLUME II is 154 pages and includes A Musical History by Charles Henry Buck III '69 with Robert Richard Birge '68, an index of Whiffenpoofs from their founding in 1909 to 2004, an index of over 500 Whiffenpoof arrangements, an index of 70 recordings from 1915 to 2004, plus 134 song tracks containing over five hours of music selected from these recordings on four CDs.

"There has never been such a permanently valuable and brilliantly illustrated book about the history and culture of undergraduate Yale. Richard Gould has combined high talent for design and graphic reproduction with creative selection of fascinating detail year by year for a century. The book will stir memories and surprise even those who think they know Yale. . . .There is nothing like it."—George Gaddis Smith, Larned professor emeritus of history at Yale University
— George Gaddis Smith

"Thanks to the compiler’s endless care, unmatched archival labors, and extraordinary visual sense, each page of this volume retrieves the forgotten life of past moments, in pictures that read less like records of events than bursts of recovered vitality."—Richard Brodhead, former Dean of Yale College
— Richard Brodhead

After graduating from the Yale School of Architecture in 1972, Richard Nash Gould eventually became a senior associate at Gwathmey Siegel & Associates Architects before starting his own architectural practice in New York City in 1980. The Whiffenpoof 90th Anniversary in 1999 provoked his initial book research, but the project quickly developed into a history of Yale College in the twentieth century.