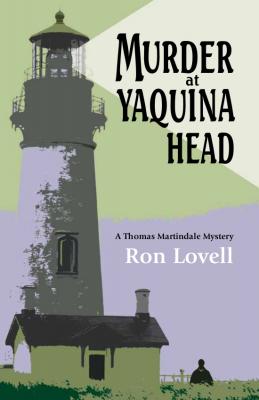 Thomas Martindale, a journalism professor, is enjoying the first day of his summer vacation on the Oregon coast. He has brought with him the active curiosity and investigative abilities that often get him into situations most people would ignore. When he is invited to brunch at the home of an old friend, she confides that someone may be trying to kill her. The next night, that fear is realized when Tom finds her body at a nearby lighthouse.

Tom immediately sets out to find her killer, using clues from a manuscript his friend gave him for review. Have the incidents during World War II, described in the manuscript, caused her death? Did they reveal secrets about someone--someone who feared their consequences if they were revealed? As he has in the past, Tom seeks help from his former lover, a State Police officer She has gotten him out of many tight spots in the past. But his determination to solve the murder puts him in great danger from unexpected sources--especially when he is finally confronted on a suspension bridge high above the swirling waters of Yaquina Bay.

Lovell started as journalist for national magazines before teaching at Oregon State University. He is the author of fourteen textbooks and hundreds of articles, as well as the Thomas Martindale Mystery Series, which has grown to ten books. His most recent book starts a new series, featuring Lorenzo Madrid.
Loading...
or
Not Currently Available for Direct Purchase