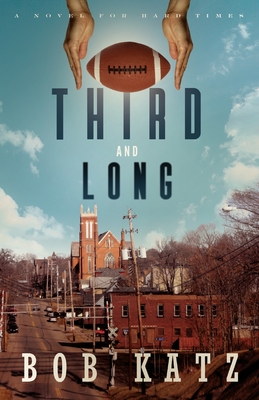 A Novel for Hard Times

Can the handsome, haunted stranger with a mysterious past save the soul of a dying Midwest factory town?

"This novel is so good-hearted, so life-affirming, it's a joy to read...

It's 1997. Longview, Ohio, U.S.A. Nick finally gets his chance when he's hired to run Made Right, a family-owned clothing factory severely threatened by offshore competition. The entire town depends on the fragile fortunes of the overworked factor. All eyes now turn to Nick .

Marie Zanay is among them. A single mother whose son stars on the Longview High football team, she's spent a lifetime rooting for her hometown and is acutely aware of the overwhelming odds against it. Still, Marie is forced to admit that Nick the newcomer suddenly has the townsfolk feeling inspired. Is that hope misplaced, or is it possibly real?

For Nick, it's been a long, winding, rocky road filled with disappointment and doubt. Becoming MVP of a small town on the Ohio River was never his goal . . . until it became his dream.

Third and Long is the saga of a vanishing America hanging by a thread, with perhaps just enough time remaining for one last hail-Mary. Think Friday Night Lights meets It's A Wonderful Life.

With a cast of characters both unforgettable and strikingly familiar, Third and Long takes you on a poignant, emotional journey across an iconic American landscape.

"Third and Long is an American classic. It's a story about hope and possibilities, crumbled dreams, and surprising redemption. I loved it "

Get your copy of Third and Long today

Third and Long is the winner of the Independent Book Publishers Association Popular Fiction award.

Bob Katz is the author of several acclaimed books, including Elaine's Circle, a non-fiction account of a dramatic year in the rural Alaska classroom of an innovative schoolteacher, the novel Hot Air, which was optioned by actor Michael Keaton and MGM for a movie, The Whistleblower, a nonfiction exploration of the world of college basketball referees, and, most recently, EZ and the Intangibles, a novel for middle readers. More at BobKatz.info.

"If John Steinbeck had known as much about sports as Bob Katz does, he would have been proud to have written Third and Long. Katz has offered us a smart, moving, beautiful and important book."