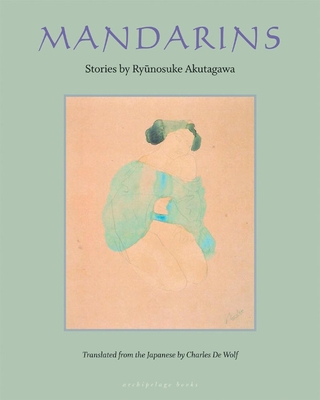 Prefiguring the vital modernist voices of the Western literary canon, Akutagawa writes with a trenchant psychological precision that exposes the shifting traditions and ironies of early twentieth-century Japan and reveals his own strained connection to it. These stories are moving glimpses into a cast of characters at odds with the society around them, singular portraits that soar effortlessly toward the universal. "What good is intelligence if you cannot discover a useful melancholy?" Akutagawa once mused. Both piercing intelligence and "useful melancholy" buoy this remarkable collection. Mandarins contains three stories published in English for the first time: "An Evening Conversation," "An Enlightened Husband," and "Winter."

Ryu ?nosuke Akutagawa (1892–1927), the "father of the Japanese short story," produced hundreds of stories over the course of his brief and tortured writing career. Akutagawa’s work is marked by his profound knowledge of classical and contemporary literature from Japan, China, and the West. A strong autobiographical element also runs through much of his fiction. At the age of 35, Akutagawa died from an overdose of barbiturates, leaving behind a groundbreaking corpus of fiction.
Translator: Charles De Wolf is a professor at Keio University. A linguist by background, he has in recent years turned to the study and translation of modern Japanese literature. He has translated numerous stories from Konjaku Monogatari, a twelfth-century folktale collection, including the volume Tales of Days Gone By. His translations have appeared in Japan Airlines’ Skyward magazine. De Wolf is also the author of How to Sound Intelligent in Japanese.

The flow of his language is the best feature of Akutagawa’s style. Never stagnant, it moves along like a living thing . . . His choice of words is intuitive, natural – and beautiful.—Haruki Murakami

The works of Akutagawa comprise, in the literary sense, an indispensable anatomy of melancholy. He was both traditional and experimental and always compelling and fearless. As Joseph Brodsky said, Akutagawa loved the world strangely. There is no writer quite like him. The translations of Charles De Wolf make for the perfect duet between languages. This is a wonderful collection. —Howard Norman

Extravagance and horror are in his work but never in his style, which is always crystal-clear.—Jorge Luis Borges
or
Not Currently Available for Direct Purchase
Copyright © 2020 American Booksellers Association