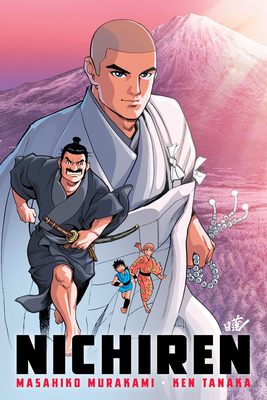 In 13th-century Japan, disease, famine, violence, and natural disasters plague society. Samurai lords, blinded by power, shirk any responsibility to protect the citizenry. Religious leaders care more about currying favor with the powerful than helping common people find hope and a positive way to deal with their suffering. But one unknown Buddhist monk dares to speak the truth to power: Nichiren remonstrates with the authorities. He insists that all human life is precious and that the government needs to change its ways and become of service to the people. He criticizes the established religions as being merely pawns of the state, who teach ideas that only further the people’s sense of powerlessness. The true purpose of Buddhism, he asserts, is to teach people a way to empower themselves, challenge their destiny, and experience happiness in this life. Based on actual events, this exciting comic touches on major milestones in Nichiren’s life interwoven with basic Buddhist principles. This real-life adventure story will captivate readers as it illustrates the life of one courageous human being who stopped at nothing to bring happiness to the people and peace to the land.

"Nichiren's life is compelling and smartly interpreted by Tanaka with black-and-white manga-style illustrations. An intriguing imagining that is both edifying and enlightening and that makes an ancient figure easily accessible to a modern audience." —Kirkus Reviews

"Philosophical teachings pair with plenty of action in this drama-filled retelling of actual historical events. With plenty of samurais, assassins, conspiracies, and humor, this is an entertaining way to learn about Nichiren and the Lotus Sutra." —Allyce Amidon, Foreword Reviews

Masahiko Murakami is a well-known Japanese novelist and playwright. Ken Tanaka is an illustrator of several Japanese manga on Buddhist history.