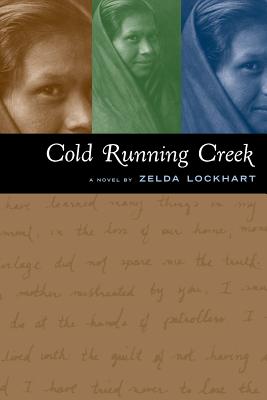 During one of the most tumultuous times for the North American continent (pre and post Civil War) three generations of women both Native American and African American, struggle to be free.

Raven, the main character of the first two chapters of the novel, is the daughter of Choctaw Native Americans who have escaped the relocation from Mississippi to Oklahoma Territory in hopes of negotiating their rights in the political maze of their changing landscape. In the event of faltered plans, her mother and father, ishki and inki have charged Raven with the responsibility of her two younger siblings. The three children are the sole survivors of the resulting tragedy.

Though eventually Raven marries a half French, half Choctaw man of prominence, and becomes the proud Misses of LeFlore plantation, she bares the initial, seemingly indelible wounds of the novel, and extends those to her daughter, Lilly, a half Black half Choctaw infant who Raven raises as the full-blood heir to LeFlore.

As the upshot of a second political miscalculation of American conquest, Lilly is captured and sold into the last three years of slavery. Though her actual bondage is short, her escape from her own enslavement spans to mid-life. She is always waiting for something to change. One day she abandons her two daughters and commits a dreadful act against her husband. Though horrifying, her lashing out is the very catalyst for her freedom. In an ending that peaks to a crescendo of redemption, Lilly's salvation brings with it freedom for three generations of male and female ancestors of both Choctaw and African heritage.